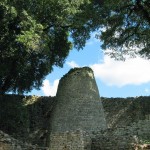 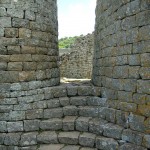 
0 Reviews
Write a Review
This Company has no reviews. Be the first to share your experiences!

0
Questions
Ask a Question
Have questions? Get answers from Great Zimbabwe Ruins or ZimbabweYP users. Visitors haven’t asked any questions yet.

Location map
Show Map
Expand Map
Get Directions
Description
The Great Zimbabwe ruins are the largest collection of ruins in Africa south of the Sahara.

Located in the heart of southern Africa, between the Zambezi and Limpopo Rivers, they are a testament to a culture of great wealth and great architectural skill.

Built between the 11th and 15th centuries, Great Zimbabwe was home to a cattle-herding people who also became adept at metal-working. The ruins are the largest of their kind on the Zimbabwe Plateau, but they are by no means unique.

Other, smaller sites were ransacked by European treasure-hunters in the 19th century. These smaller ruins are called zimbabwe's and can be found as far as Mozambique.

Out of all these, the ruins of Great Zimbabwe are the largest.

The granite walls - embellished with turrets, towers, platforms and elegantly sculpted stairways - seem to have had no defensive function. But, in the words of archeologist Peter Garlake, they display "an architecture that is unparalleled elsewhere in Africa or beyond."

Although inexpertly restored in many places, the ruins at Great Zimbabwe are still by a good margin the most impressive ancient structures in sub-Saharan Africa. They are also the source of considerable pride for present-day Zimbabweans. After all, the huge chiseled walls of the Great Enclosure, with its soaring stone tower and complex chevron patterns, are a work of high engineering skill.

Much about Great Zimbabwe is still a mystery, owing in large measure to the frenzied plundering of the site around 1902, but it can be stated with certainty that the Queen of Sheba never drew breath here. Instead, at any given time during Great Zimbabwe's heyday, anywhere from 10,000 to 20,000 black Africans did.

Great Zimbabwe RuinsBy the thirteenth century, they dwelt at the epicenter of an industrious southern African empire, with trading links stretching as far away as India, Persia, and China.

In a small museum that stands near the site nowadays, you can inspect shards of Persian pottery, a Chinese writing set and brass ornaments from Assam in India, all unearthed amid or near the ruins and all extremely old.

Outside the splendid stone buildings, however, the mass of people lived in conditions resembling a modern slum. By the 16th century, when the Portuguese arrived in southern Africa, Great Zimbabwe had fallen into obscurity. No one is certain why.

Structure
Atop a granite outcropping, walls merge with enormous boulders to form the fortified Acropolis.

In the valley below sits the Great Enclosure with almost a million granite blocks in its outer walls.

The stonework, entirely without mortar, gradually improves until the newest walls stand double the height and width of the oldest structures.

A second wall, a meter inside the enclosure, forms a long, forbidding passage.

At some points, the walls are 11 meters high and extend for over 800 meters.

They are eight birds carved in soapstone that were found in the ruins of Great Zimbabwe.

These eight sculptures combine both human and bird elements. For instance, the bird’s beak is substituted by lips while its claws are changed to feet.

It is unsure what the birds symbolized. The most prevalent theory is that they were the emblems of the royalty. Today, the soapstone birds can be found on Zimbabwe’s flag.

Great Zimbabwe Ruins, a four-hour drive south of Harare on the road to Johannesburg, are now the second biggest tourist attraction in Zimbabwe, after Victoria Falls.

Most people who visit Zimbabwe will do both a tour of Victoria Falls and the ruins of Great Zimbabwe.

The closest town to Great Zimbabwe is Masvingo, located about 28 km to the north. Once you arrived to Masvingo (four hours from Harare or 11 hours from Johannesburg) you will be able to take a taxi to the ruins.

A cheaper way to reach them is to get in a combi behind the TM supermarket in Masvingo and pay about $1 to the driver to take you there.

The only downside to this is that you will have to wait until the combi fills up.

Prepare to pay about $25 for entry to the monument. South Africans may receive some discount. Opening hours vary but as of now it is open Mon-Fri between 8 AM and 5 PM. On Saturdays it is open until noon only.